If you read my previous post Autumn Ready you will know that I have added some new bits to my etsy shop. I was perusing shops whilst on my mini travels over the summer – as who can resist shopping – for a new addition to my arm weights…also commonly known as bracelets.

I love jewellery. It’s a statement of fact backed up by my overflowing jewellery boxes of all shapes and sizes. A toe ring or escapee earring can often be found in the cup holder in my car and I more often than not leave bracelets scattered about the place both at work and at home as I load myself up every morning and inevitably lessen the burden throughout the day. I don’t often lose them though; as my sister so eloquently explained away her panchant for unorganised chaos “I leave stuff places, other people move the stuff, if they don’t, I know where it is”. Todays workout gear….

So anyway, back to the point of this post. Whilst I wondered through each of the many, many shops I found I had a thought. I like jewellery, especially jewellery of the silver and boho-esque variety, I stare at it, lust after it, on too many occassions purchase it, but I’ve never thought to make it. Despite the fact that I collect beads, gems and anything of the small and shiny variety I have never really thought about using them to create new pieces of jewellery. I even have a collection of shells with naturally occuring holes. So why not use these treasures, rather than leave them all lying around the place, taking up space and not being enjoyed.

So I started thinking, what would I like if I was making something for me, what would I wear? And yep, you guessed it, bracelets was the first answer. So I looked through my ammassed collection of shiny pretty things and decided to start with boho charm bracelets. Simple yet beautiful, easily customiseable and perfect as gifts for loved ones – I am planning a mainly homemade christmas this year, and yes I just mentioned Christmas in September. 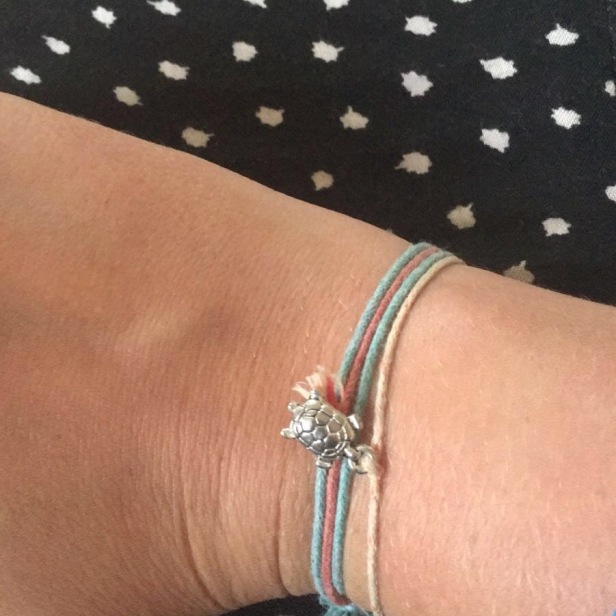 So I started making, using coloured leather cord and the little charms I had. Obviously having made them I instantly fell in love with them, they’re colourful, have a SIVLER charm and this one’s a turtle for goodness sake! So I put them all on and there they stayed for two months, through sun, sand, sea, sun tan lotion, swimming pools, showers, baths the lot! And after quite a few comments about the charms from friends I decided to make some more and add them to the shop and so far I’ve sold 11! Some via etsy and some to friends. Each bracelet comes in a choice of colours and your choice of charm. They arrive presented on a card in they’re own little recycled paper envelope.

To top it off further, before I finished this post – yes it’s taken me ages to write and finish – I visited home (Somerset) and found a hamper of gems in need of a new home. So after many minutes foraging – the boy would argue hours – I came away triumphant with 9 beautiful gem beads: 6 rose quartz, 1 larimar and 2 aquamarine (now 5 rose quartz as one has sold). So these are also available should they take anyones fancy…and if they don’t? Well I will just keep them 🙂 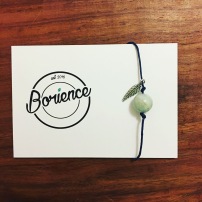 This site uses Akismet to reduce spam. Learn how your comment data is processed.

Paper dahlia's. #Dahlia's have to be my favourite flower ever, however with a May #wedding and now a March wedding there was no way I was going to get them into my wedding. So I'm improvising instead and making my own for hanging from the picture rails at our venue. #diywedding #paperflowers #paperdahlia
Hello and welcome 👋 I've decided to move all wedding chat here as I have so much more that I haven't shared but don't want to spam the followers of my crazy plant, home and terrible fashion addiction with wedding guff too. First off a non DIY to break the rules straight off the bat, the sparkly ring that started the #DIY escalation. Side note - already loved DIY and #crafting or as I like to refer to it, pottering about, however even I couldn't predict the lengths I could go to. And now with the #wedding postponed I've got nearly another whole year of pottering ahead of me!
INDIAApril 12th, 2019
Adventure here I come!